Big companies and game developers more often offer us to add a piece of the future technology to everyday life: augmented reality. The invention of military scientists is becoming more and more popular, because innovations are always of interest. But what are the real prospects for AR in various spheres of life?

Augmented reality (or AR) is a technology that allows you to embed 3D elements created with a computer into a person’s field of vision. To see virtual objects that complement the usual reality, you have to use one of the gadgets:

Augmented reality is used to convey information online, create interactive models, present products and services, and as a creative tool with great potential.

The difference between augmented reality and virtual reality

What is the main difference between virtual and augmented reality: AR does not create a new virtual world, it only complements the existing one. VR is used to create fully-featured computer simulations with the possibility of full immersion.
AR reality is often the backbone of online gaming. For example, a few years ago, the Internet game Pokemon Go became so popular because of the ability to catch Pikachu in your own living room. The first mention of augmented reality dates back to the 1950s, when filmmaker Morton Heilig thought about developing cinema and viewer engagement by using all of the human senses.
In 1968 Sutherland was the first to create an augmented reality system using an optical transparent head-mounted display. The next experimenter in the field of augmented reality was Steve Mann, who in 1980 invented the first AR device that could be worn on the head. It was not convenient, but it allowed overlaying text from an image stored on a laptop hidden in the tester’s backpack on a real picture. The first AR devices were not intended for entertainment purposes at all. The technology was used by scientists from the Boeing Corporation: it facilitated the work of aircraft assemblers. They wore special helmets that had semi-transparent display panels. The necessary information was displayed on them: drawings, guidelines and tables. Devices have also been linked to laptops. 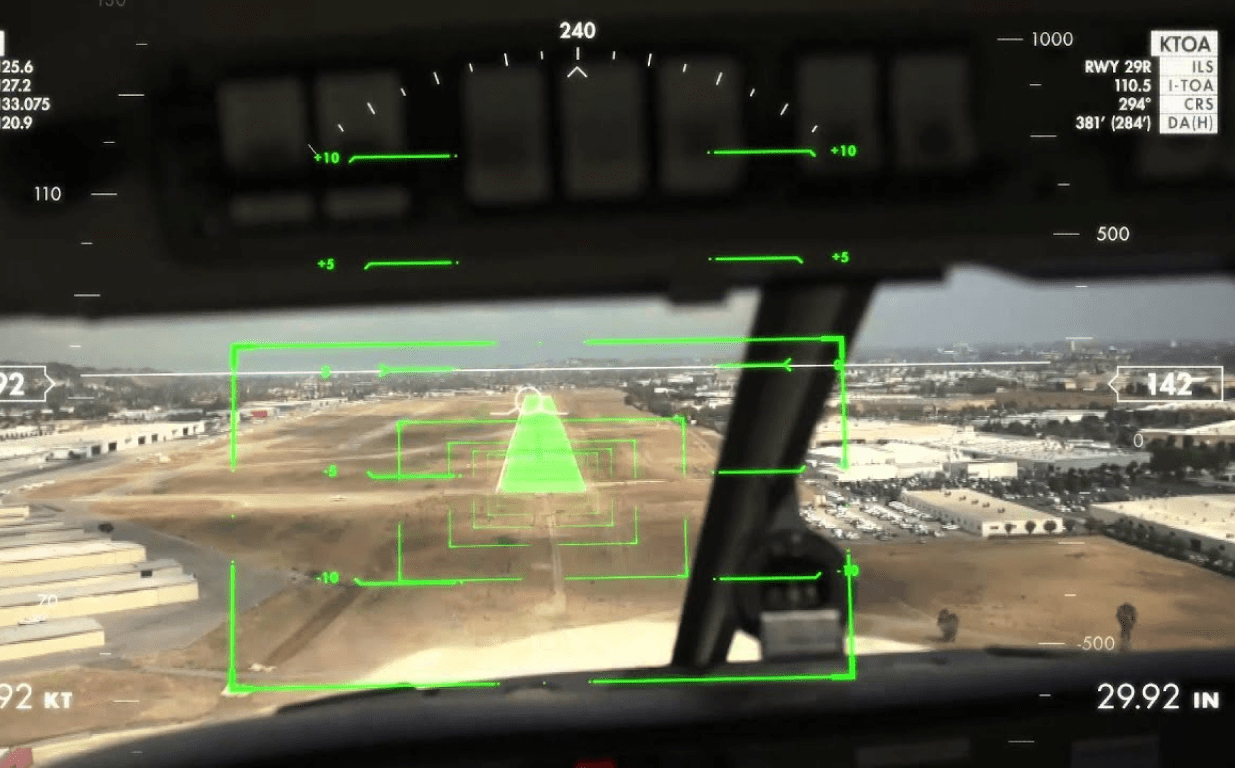 Since its invention, the technology has been used in the military sector, where it has developed most rapidly. Super Cockpit was a smart augmented reality system for pilots. A special helmet displayed text in the pilot’s field of view containing all the information necessary for quick decision-making. Later, AR interfaces were also developed for flight control.

AR began to be popular, spreading into new areas of life. For example, the first games appeared using augmented reality and related technologies. During the recording of sports matches, equipment was used to demonstrate the trajectory of the ball.

In 2009, special barcodes appeared on the pages of Esquire magazine. When you point the camera of your mobile device at them, you could see the image. Later, fully-featured AR headsets appeared in mass production, and Apple gave developers the ability to freely create augmented reality apps in 3D. 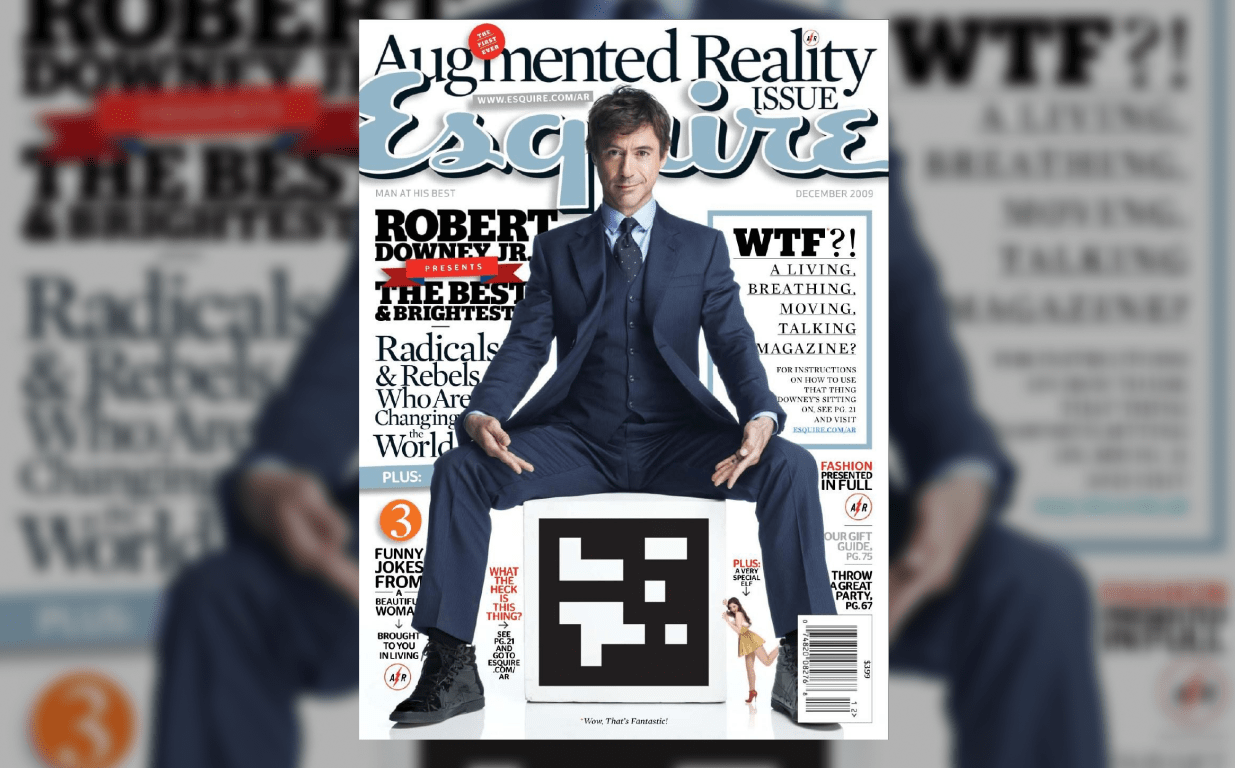 Sometimes augmented reality apps need a special marker to work. This can be a QR code or barcode, as well as any image that the device is programmed to recognize. The advantage of marker technology is reliability: this augmented reality is less likely to fail. When you point the phone camera at the reference mark, an image appears on the screen that complements reality. For the gadget to recognize markers, you need to install a special app.
A good example of marker augmented reality is Rich Kids Magic. This is an app that allows children to see how the images on the juice packs come to life. In addition to animated pictures, when you point the phone screen at a special marker, you see interactive presentations, telling in a playful way about the laws of physics.

AR without markers is not connected with a specific location. So the image and text on top of the usual picture can be displayed where the user wants. For example, using the Headrix AR app, users can try on glasses online. The software recognizes the face and places the 3D model of the glasses so that the buyer can evaluate whether the frame and shape suits him/her. 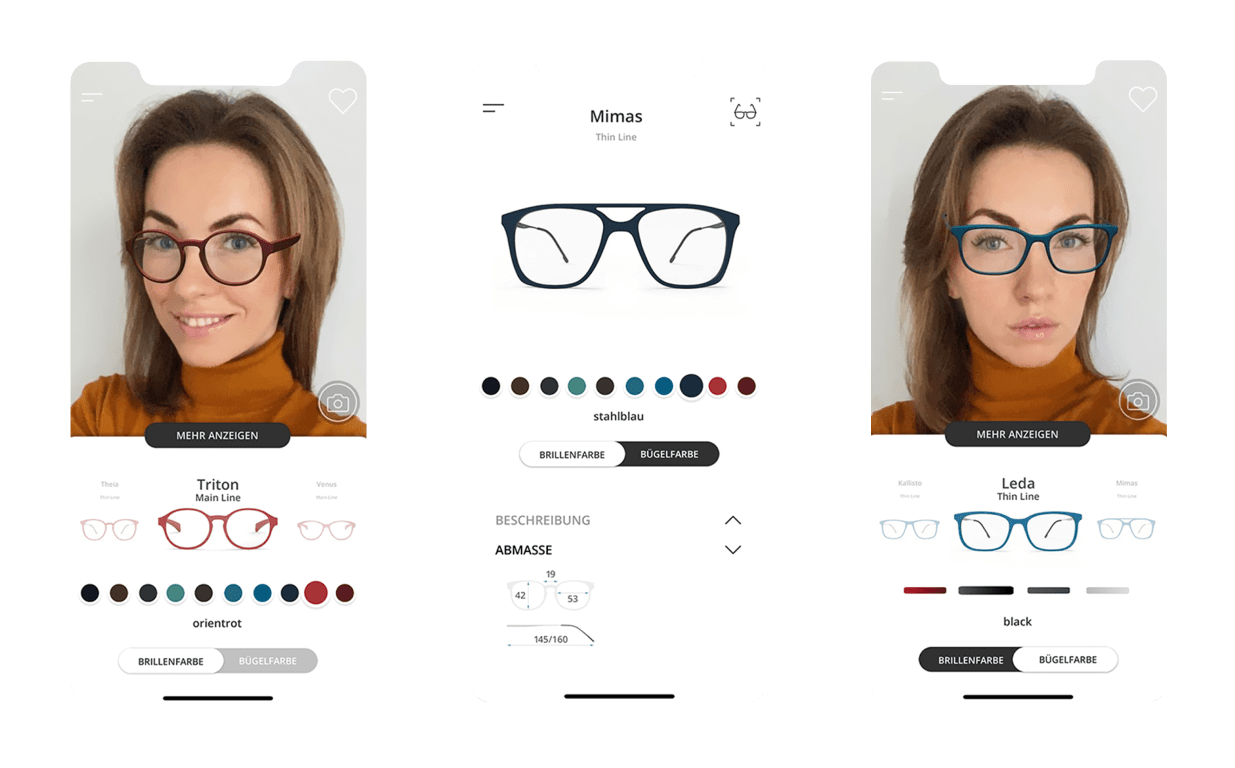 Another opportunity for “fit check” is the official application of IKEA. One of the largest furniture manufacturers invites buyers to first see how tables, chairs and decor will fit into the room interior. The program itself determines the optimal size of virtual furniture, focusing on the room parameters.

AR technology is convenient and highly multifunctional. You can quickly transfer information, demonstrate the work of mechanisms, arrange creative performances and create original online games with its help.
Another important feature of augmented reality is budget saving. AR allows you to save on a variety of resources, from paper to staff. Medicine, military, retail and gaming: augmented reality has many advantages in all these areas.

Augmented reality helps artists, sculptors and other creative people express themselves without using expensive materials. But its application in the field of culture and art is not limited to the creation of masterpieces using modern technologies. A real show was presented in one of the Ontario museums using AR. Everyone can see how its exhibits come to life. All you need is a phone with a special program. This rethinking of art has increased the interest of children and young people to cultural values.

Augmented reality features enable architects to present drawings and layouts in a profitable way. What’s more, AR makes it easy to transform an empty, unfinished house into a fully-featured living space with original design, light and furniture. The original app from LOOKINAR allows architects to create unique business cards. When you point on a card with a marker, a model of the building appears on it, and you can view it from different sides.

One of the most important functions of augmented reality is informational. You cannot work without various presentations in the field of education. A visual representation of the research subject, obtained using augmented reality in 3D, allows schoolchildren and students to immerse themselves deeper into the educational process. One example is the popular Jigspace app. It combines interactive 3D models, thanks to which you can study the principle of operation of various mechanisms. This app has great potential since everyone can create their own model and share it with other users.

When augmented reality became available enough, it attracted the interest of game developers and interactive entertainment applications. Pepsi Augmented Reality at one time amazed, delighted and even scared passers-by. An interactive screen installed on a city street recorded what was happening behind it on camera and broadcast video in real time. The picture was complemented by fanciful monsters, meteorites and UFO. A fresh and original approach to advertising helped the company to increase sales and views on YouTube, and passers-by received a lot of vivid emotions.

In the industrial field, the use of AR makes it possible to simplify the work of employees, from design engineers to assemblers. This is a great way to quickly convey information about an object without using a laptop or printouts. PTC’s 3D augmented reality app is designed for object recognition. When you point the camera at the device, a diagram of its internal structure with all important components is displayed on the screen of a tablet or phone.

In sales, AR is a powerful marketing tool. With the help of special apps, bright mascots and unusual promotions, it is easy to attract the attention of the target audience to the product. The Hops brand was created for baby food, so the playful form of product presentation is very useful. The phone app brings funny creatures to life that children used to see on yogurt or curd packaging. Young buyers could point their camera at a yoghurt package and get a loot box with clothes and accessories for their Hops. Their house can be placed in any location: at home, in the yard or at school, the child’s imagination is not limited by anything. The result of such an unusual PR campaign is a tangible increase in sales.

Augmented and virtual reality have always attracted the greatest interest among workers in the military-industrial complex. In this area, it was possible to extract enormous benefits from the developments of scientists: the use of AR saves the budget and allows you to reduce the risk of injury. One example is augmented reality glasses for the US military. Tactical Augmented Reality is a sophisticated system that also consists of sensors and a laser sight. With its help, commanders can quickly transmit signals and messages to soldiers, and the military themselves gain advantages during firing.

Prospects for the augmented reality development

Due to the unique properties of augmented reality, it does not compete with VR, but is a separate direction. AR technologies continue to improve: now scientists are busy developing special lenses that could replace phones in the future. But even modern devices for working with augmented reality open up a lot of opportunities for representatives of various fields: from artists to the military.

AR does not create a new reality, but makes the existing one brighter and more informative, which is the main difference between virtual and augmented reality. Today the technology has become available, which contributes to its spreading into various spheres of life. If scientists continue to improve AR devices, it will be widely distributed in the nearest future.

Augmented reality (or AR) is a technology that allows you to embed 3D elements created with a computer into a person’s field of vision. 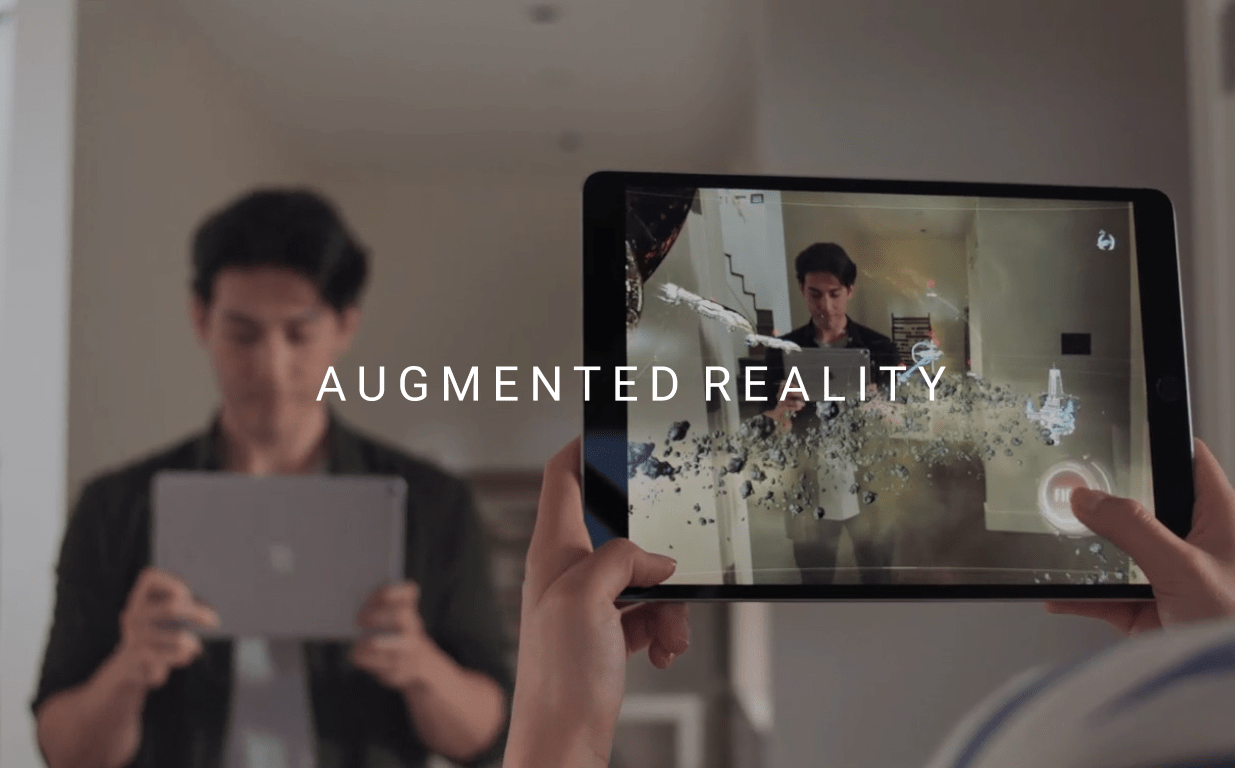